It's been a tough season for this week's Chronogolf Hall of Fame golfer Rory McIlroy, but after battle injuries and struggling to perform well on the course the world renowned golfer is still a favorite going into this years Fed Ex Cup. Rory McIlroy is modern titan on the golf course and consistently proves himself a force to be reckoned with, having placed in a top 10 position six times out of the 11 tournaments he played in this year.

McIlroy recently made headlines when he fired his longtime caddy J.P. Fitzgerald and replaced him with his best friend Harry Diamond. Many critics questioned whether this would negatively affect McIlroy's game, given the deep wealth of information Fitzgerald was able to impart on McIlroy during his tenure. McIlroy however sees the split as an opportunity to make his game his own and part from a relationship he felt was holding him back. McIlroy now gets the chance to freely enjoy playing his favourite game in the company of his close friend Harry Diamond, seems like a pretty good deal to us!

Diamond clearly has a very close, personal relationship with McIlroy given that he was the best man at McIlroy's wedding earlier this year! Yes, it's been a real big year for McIlroy, aside from the injuries and drama in his inner advisory circle, he got married to Erica Stoll last April!

Born in Ireland, Rory McIlroy is one the most successful golfers currently competing at the PGA level. His first PGA tour win was in 2010 at the Quail Hollow Championship. He was the first player to win a PGA tour event before his 21st birthday since Tiger Woods.

McIlroy got his start playing at a very young age when he received coaching from his father. Rory was instantly infatuated with the sport and became the youngest member of the Holywood golf course, at the age of seven. His first international win was at the World Championship for the 9-10 age bracket in Miami. During this time, McIlroy would begin training to begin his amateur career with his long-time coach Michael Bannon.

McIlroy has gone on to have a successful amateur and professional career, winning the Junior Ryder Cup with team Europe and several European championships. In 2007, after a victory at the British masters where he was denied prize money, McIlroy turned professional at age 17. 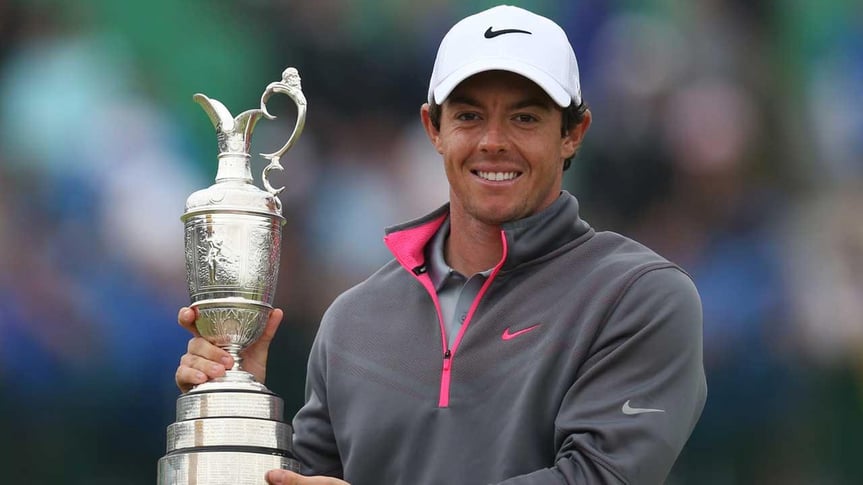 Since joining the PGA, McIlroy has recorded an impressive 22 wins including three majors. McIlroy is widely regarded as one of the best golfers in the game making him the perfect inductee for the Chronogolf Hall of Fame.

I love culture, entertainment, marketing and most importantly golf! My goal is to bring interesting new ideas to the golf industry. Want to collaborate on a post? Let's chat over email: resources@chronogolf.com