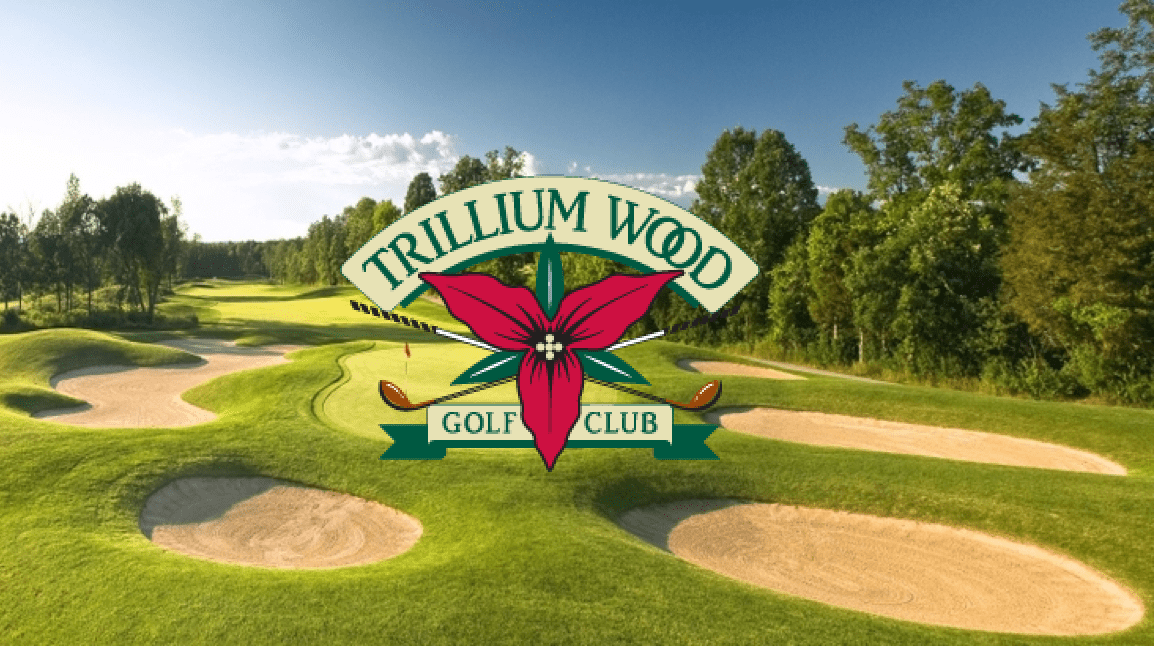 A Vision of Growth and Innovation

Stephen and Kyle, Owner and Sales & Marketing Manager of Trillium Wood Golf Club had been using a golf management system that was state-of-the-art when the club first opened in 1998. 15 years later, they knew it was time to make a switch. They were tired of being “handcuffed as far as sharing the information and accessing the information”. The only way they could check their tee sheet or customer database was in the office at the pro shop and that just wasn’t cutting it for them.

To make matters worse, the fate of their current solution was up in the air due to an acquisition by a major player in the market that had a different philosophy. It was unclear whether or not the product would continually be improved upon or if it would be slowly phased out. They shopped around and found a new solution but after just a few seasons, they felt that their new vendor didn’t align with their vision. They needed a cloud-based solution that would allow them to access the information from the two other courses under their management from anywhere and at any time. They also wanted a solution that would allow them to use the data gathered from their tee sheet to better market their courses.

Once again, they set out to look for a new golf management system that would satisfy their needs. After looking at one other solution, they found Chronogolf by Lightspeed and felt that its modular capability and constant improvements closely aligned with the direction in which they saw their three courses going. 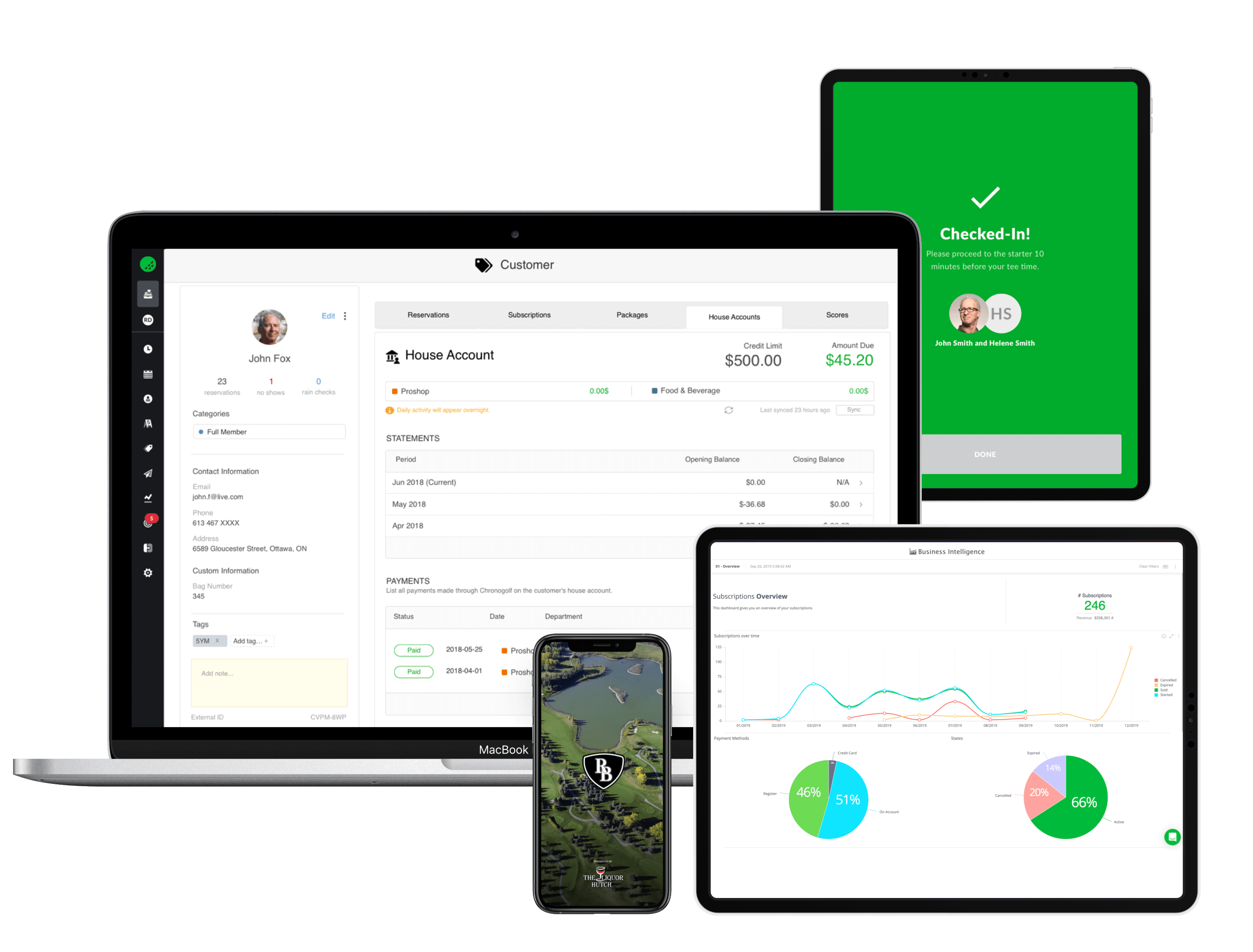 What Tools Does Trillium Wood Golf Club Use?

to improve customer experience and develop a mobile marketing strategy

to update restaurant operations with a modern cloud-based POS 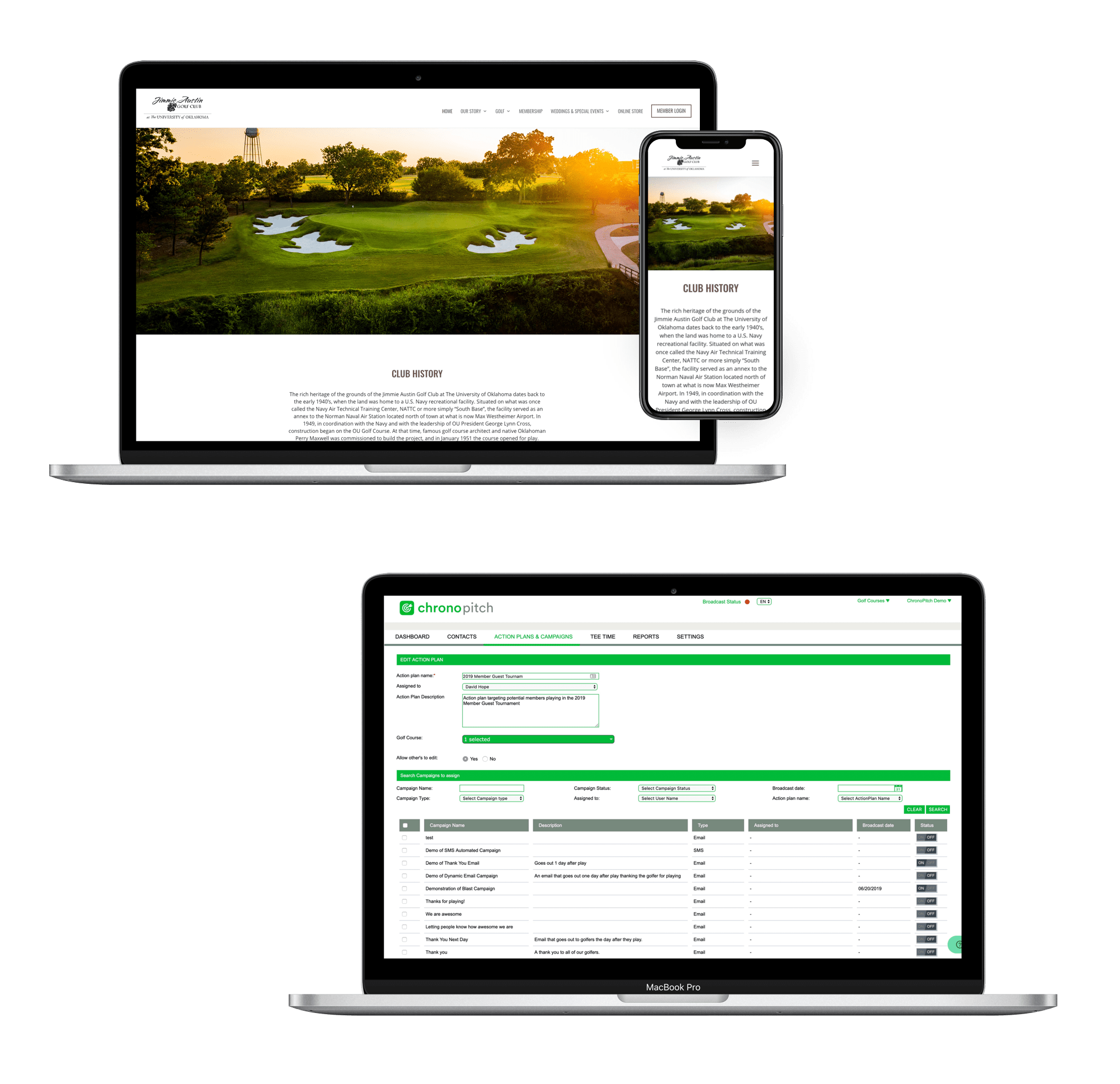 As Trillium Wood started to grow with Chronogolf by Lightspeed, they realized that they could further improve with the different add-ons and integrations available to them. Because Chronogolf by Lightspeed is modular and follows a best-of-breed philosophy, they were able to add additional features as they needed them. Their custom branded website and e-commerce integration allowed their golfers to purchase memberships and packages online while the information automatically flows into the Chronogolf by Lightspeed system without any additional work from staff. This decreased the number of phone calls and visits to the pro shop which in turn reduced payroll costs. Stephen mentioned that because all of the course systems are interconnected, there is less strain on the staff and therefore, he has been able to reduce the number of managers working at the course.

Stephen and Kyle knew that marketing was an area that they wanted to improve so they opted to add ChronoPitch email marketing and a mobile app to their arsenal. With ChronoPitch, they are able to take information from the tee sheet, segment customers into lists and send specific email campaigns to bring back more golfers. They can compile a list of golfers that attended certain events or purchased certain items and send them emails that specifically target their behavior in order to keep them coming back. Additionally, their custom-branded mobile app allows golfers to easily book tee times anywhere, anytime on a modern and simple user interface. The mobile app has been a powerful tool for Trillium Wood and has allowed Kyle to send push notifications to their golfers to keep them informed about promotions and daily specials.

The best POS for their restaurant

With a full-service restaurant at the club, it was imperative that their restaurant POS was sophisticated enough to handle things like order customization to ensure that their customers were getting exactly what they ordered. Stephen loved the Lightspeed Restaurant POS as he pointed out that it “provided two product-specific experts combining their knowledge” to make a robust system. While the golf team focuses on improving their tee sheet, the restaurant team can focus on improving their POS system.

Today, Trillium Wood Golf Club is benefitting from a number of different add-ons that are improving their efficiency, online visibility and decreasing their costs. For them, it was important to find a solution that aligned with their vision and that would continue to grow alongside them rather than being a fix for the moment with no long-term plan in mind. Due to the availability of information, Stephen and Kyle have been able to not only manage Trillium Wood but also become the head office to the two other courses under their management in the winter months. 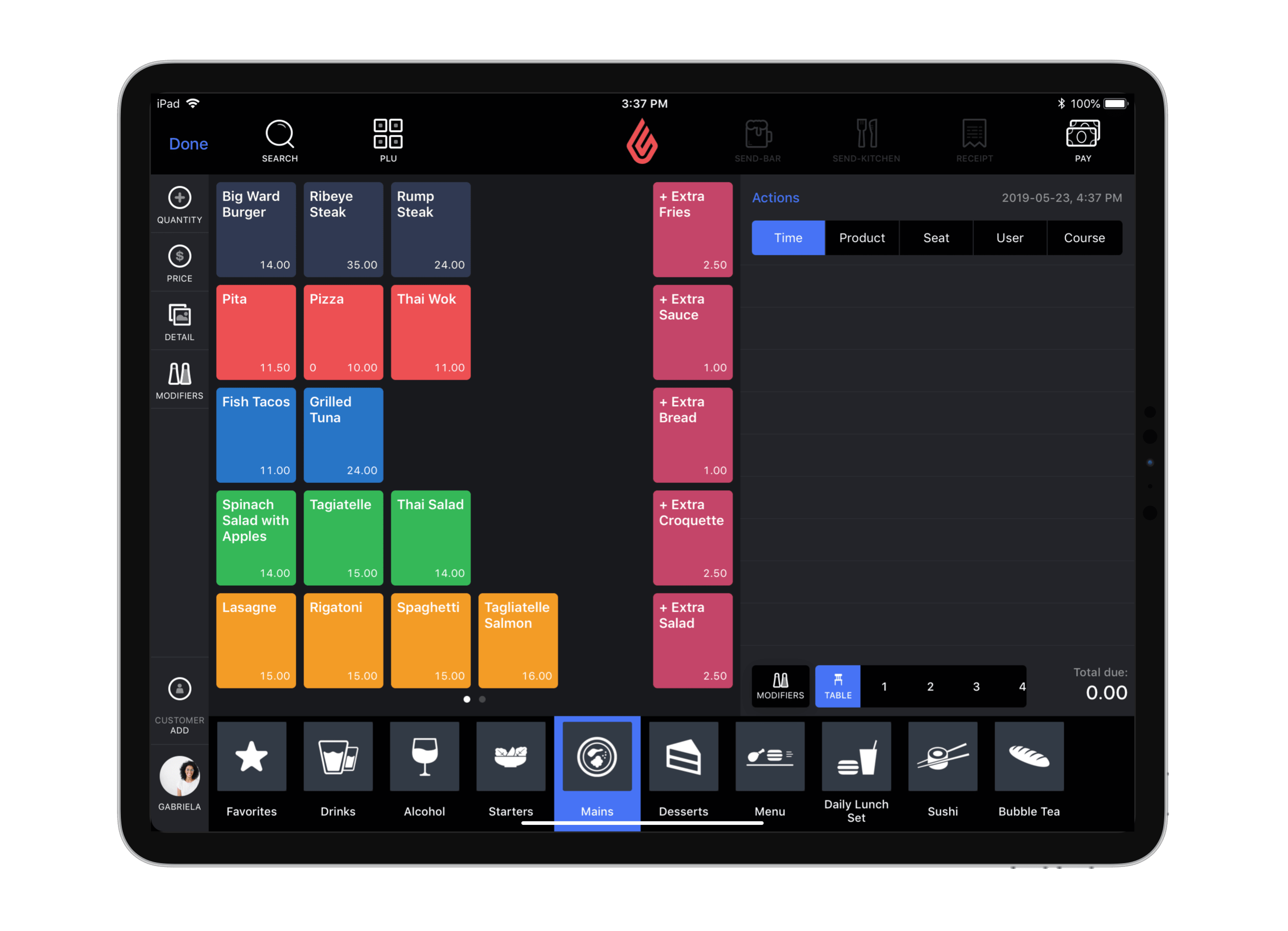 Read what others have to say

Chronogolf has changed the way hundreds of courses operate and perform around the world.

We believe technology drives results.  See how with one of our experts.